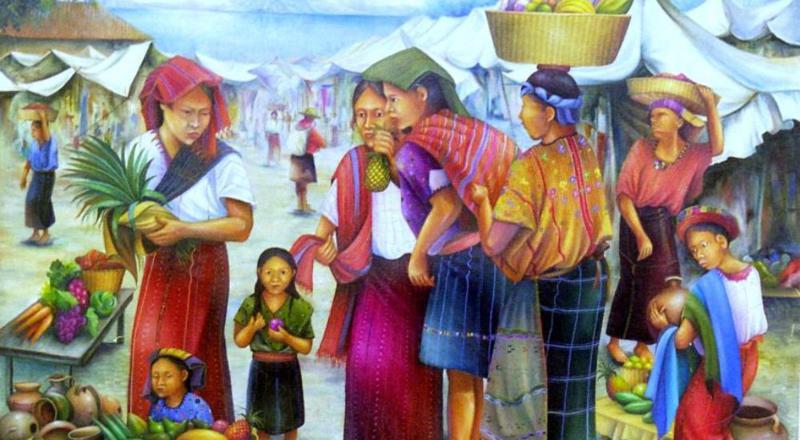 The initiative to create the Chuitinamit Environmental  centre as a project with community focus has its roots in our participation in the verification of the peace accords with the United Nations Mission (MINUGUA) During this post conflict context , we built  links and relationships with different actors, indigenous communities, local authorities and voluntary sectors, social and community organisations. Particularly in the area del lago de Atitlan.

Towards the end of our time in Guatemala we realised that it was important to maintain and build on those relationships  and the process of community empowerment and the process of rebuilding community cohesion following the conflict. And so the idea came about to create a project with a community focus  - a space to work on the issues of recovering community mental health which would help improve quality of life and help rebuild social cohesion for communities living around the lake affected by the conflict.

Later it occurred to us that it was essential to include the environment in our initial idea; to link  environment, cultural identity , mental health and sustainable development. Real concerns for the deterioration of the quality of the water of Lake Atitlan , the life source for everyone around the lake seemed to be get her essential focal point on which to involve communities in building a more sustainable holistic future.

Before leaving Guatemala we secured a small strip of rustic land on the slopes of the San Pedro volcano with the hope of making these initial ideas a reality in the future.

On leaving Guatemala, we came to Scotland and were involved in a Solidarity group raising awareness about Guatemala and also organised stalls to sell craft products from indigenous families and cooperatives to raise money for the project. We have had lots of ideas and support along the way as well as a few set backs the main one being the intervention and liquidation of the bank in Guatemala with the losso funds for the building of the infrastructure of the project in 2006.

We are determined now though to initiate the project and have been working to come up with designs for the infrastructure, design an postcard and exhibition and this webpage to promote the project and exchange ideas with others, visit other environmental projects to share ideas and experiences, open a bank account to make grant application and enable people to make donations.